Congratulations to all of our 2016-2017 Offensive and Defensive Linemen of the Year! We were honored to recognize all of the work these young men have accomplished on and off the football field on Tuesday February 28th at the National Football Foundation’s Scholar-Athlete Banquet.

We were also very excited to award Matt Sichtermann of Kings High School with our first ever “In The Trenches” Leadership Award! This award was added to our Linemen of the Year program this year to recognize the student-athlete who best represents the Anthony Muñoz Foundation’s mission and values both on and off the football field.

We also want to extend a special thank you to our sponsor, Roofing Annex! We would not have been able to recognize everything these student-athletes have accomplished without your support.

The Foundation was honored to be able to recognize these athletes for their accomplishments on the football field, in their classrooms and in their communities. Good luck to all of our winners as they continue their football and education careers in college! 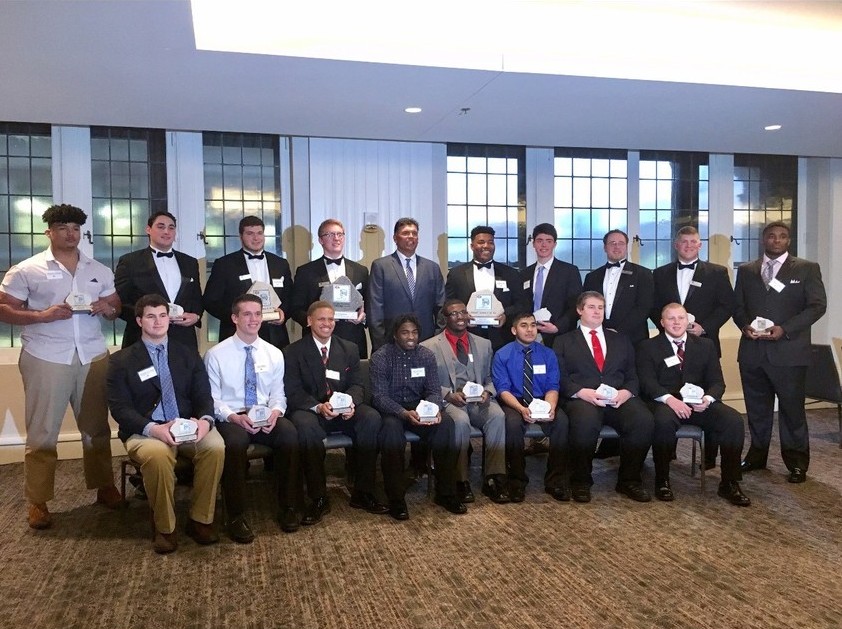 You can find photos from the 2017 Lineman of the Year Banquet here. With every purchase, 20% of proceeds goes back to the Foundation.