Be a Part of the Impact

Our volunteers make sure he succeeds

Be a Part of the Impact

Our volunteers make sure he succeeds

Along its journey, the Anthony Muñoz Foundation has touched the lives of over 50,000 youth. Two decades later, the Foundation continues to impact Tri-State youth through seven Impact Programs. 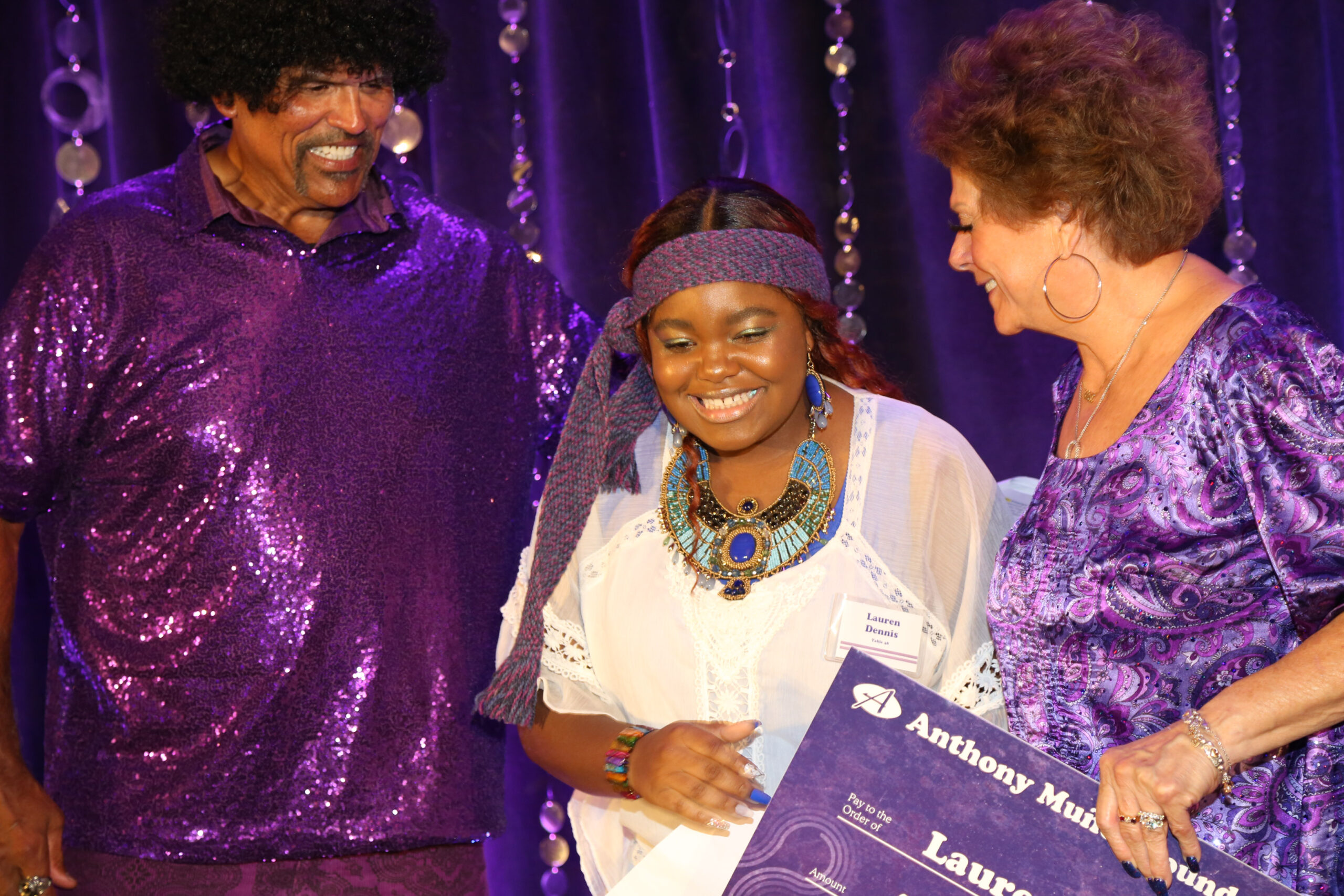 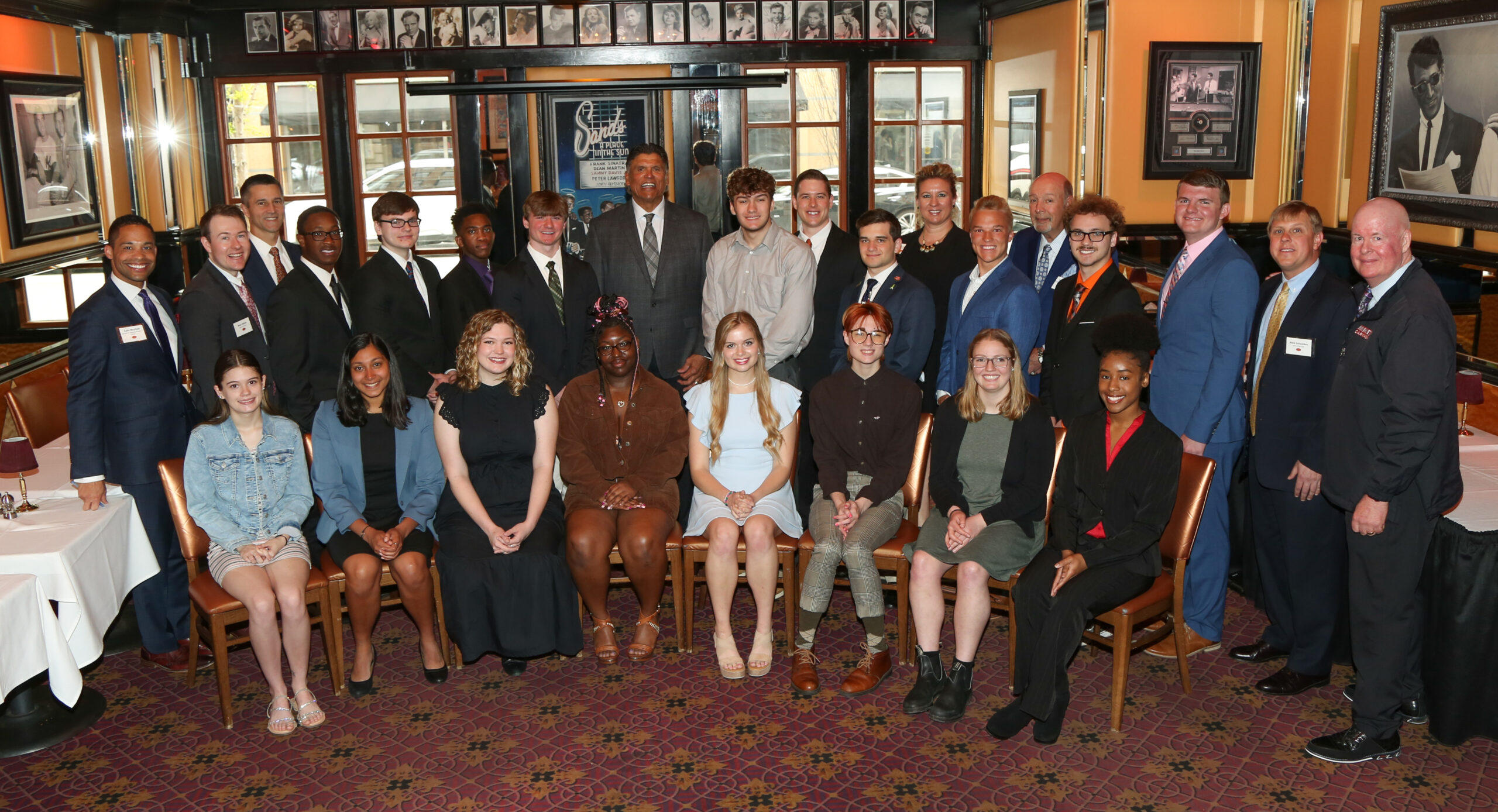 The Foundation is redefining the meaning of Straight ‘A’s. Each year,
18 Tri-State high school seniors are honored and recognized for their
ability to overcome Adversity and Actively serve the community,
while striving for Academic excellence, strong Ambition, Athletic
achievement and a winning Attitude. Nominations will be accepted starting January 1, 2023 through February 24, 2023. 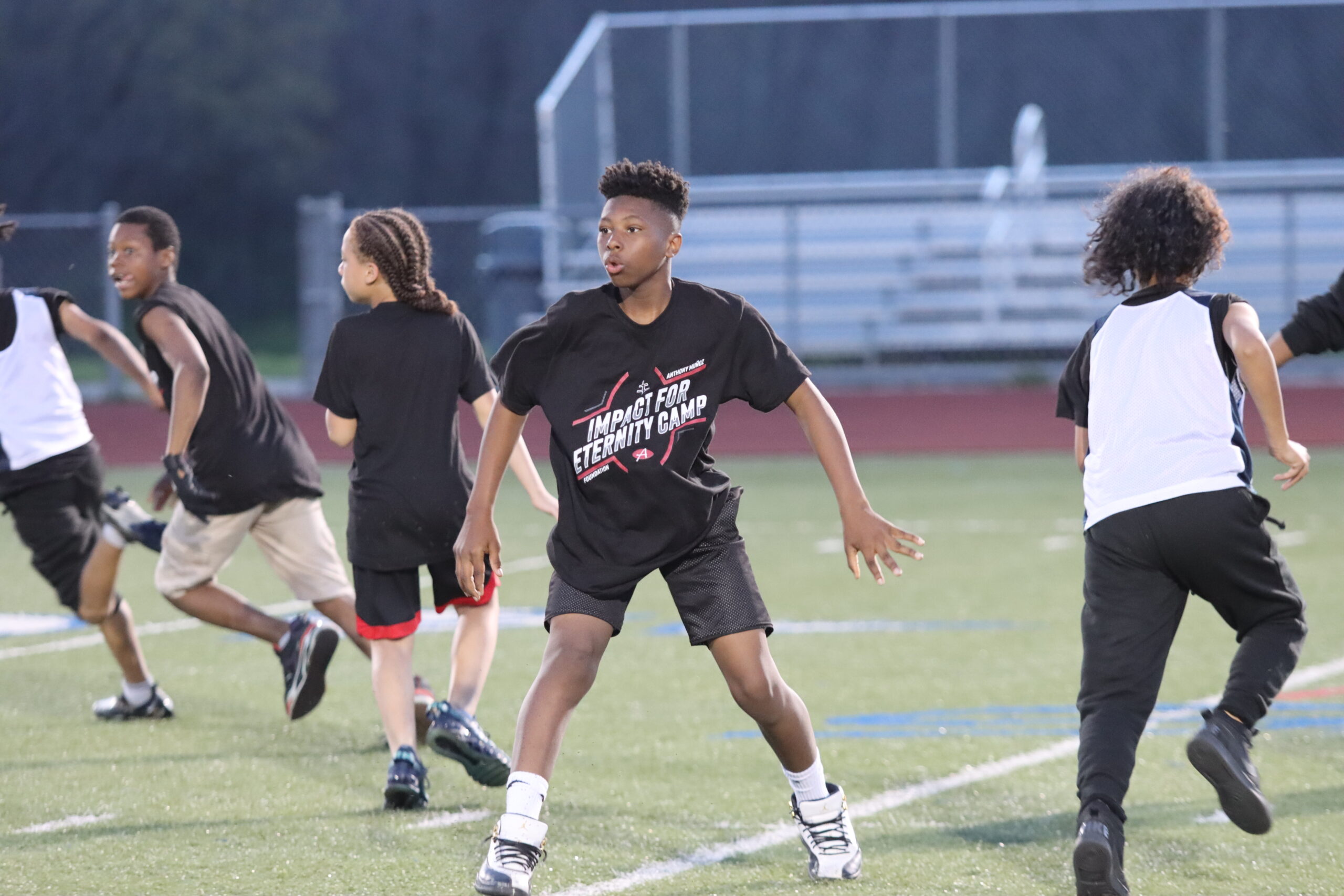 Handpicked by partnering organizations and schools, up to 150 5th through 8th grade at-risk boys join Anthony at Athletes in Action in Xenia, OH to learn the importance of leadership and character, team-building skills and the fundamentals of both football and life. 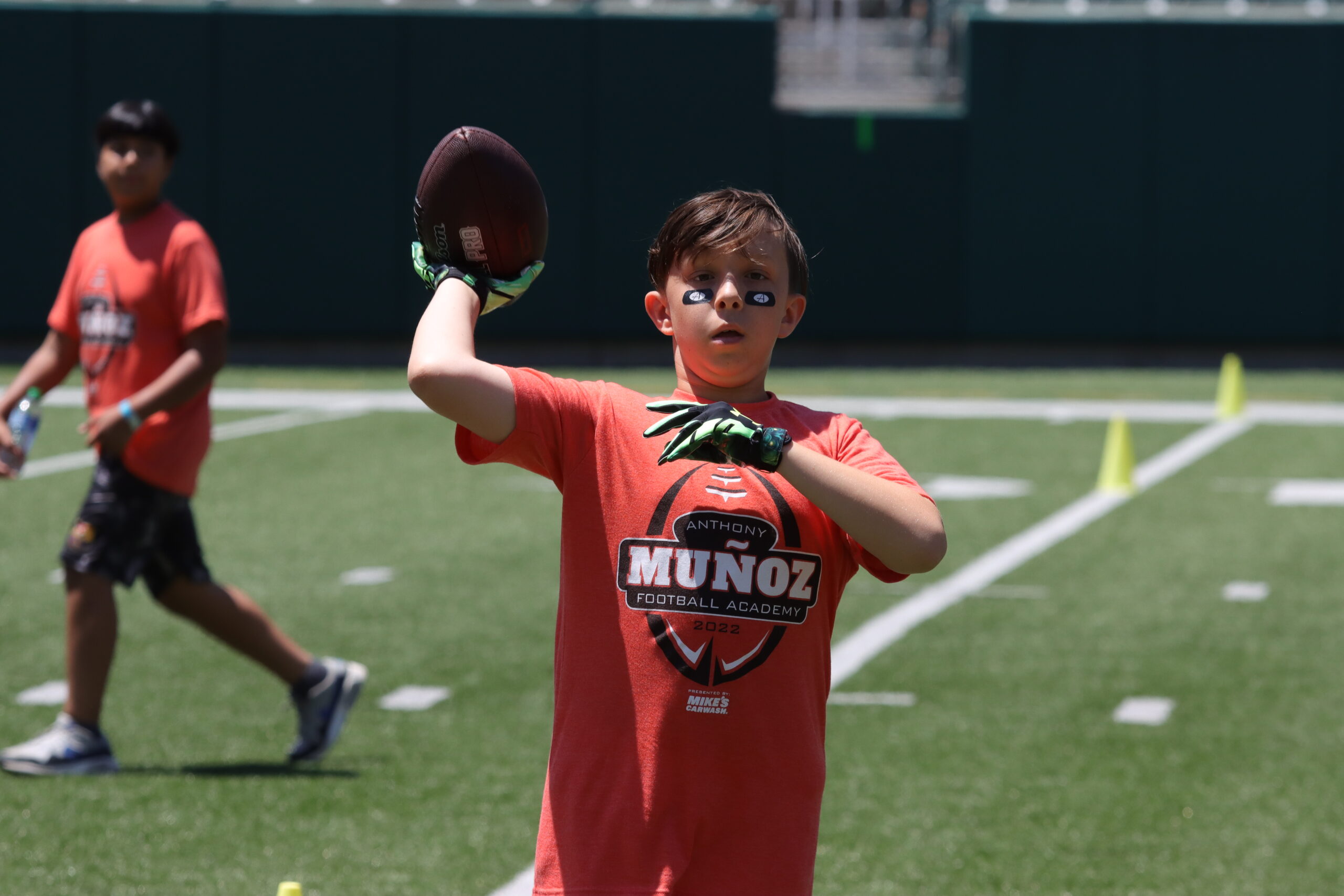 More than 500 3rd through 8th grade boys and girls are invited to this two-day camp. Campers will learn from Anthony himself, a team of 40 hand selected local coaches and outstanding guest speakers on how to be successful on and off the field.

“Our camp’s mission is to build men of character. I have immense pride in my heritage and I want these young men to feel that pride and be a role model for their peers and in their communities, no matter their situations.” – Anthony Muñoz

Athletes in Action hosts up to 150 Tri-State 5th through 8th grade Hispanic boys at our Hispanic Character Camp. Utilizing football as a platform, campers experience a life-changing weekend full of character education and culturally inclusive and enriching activities. 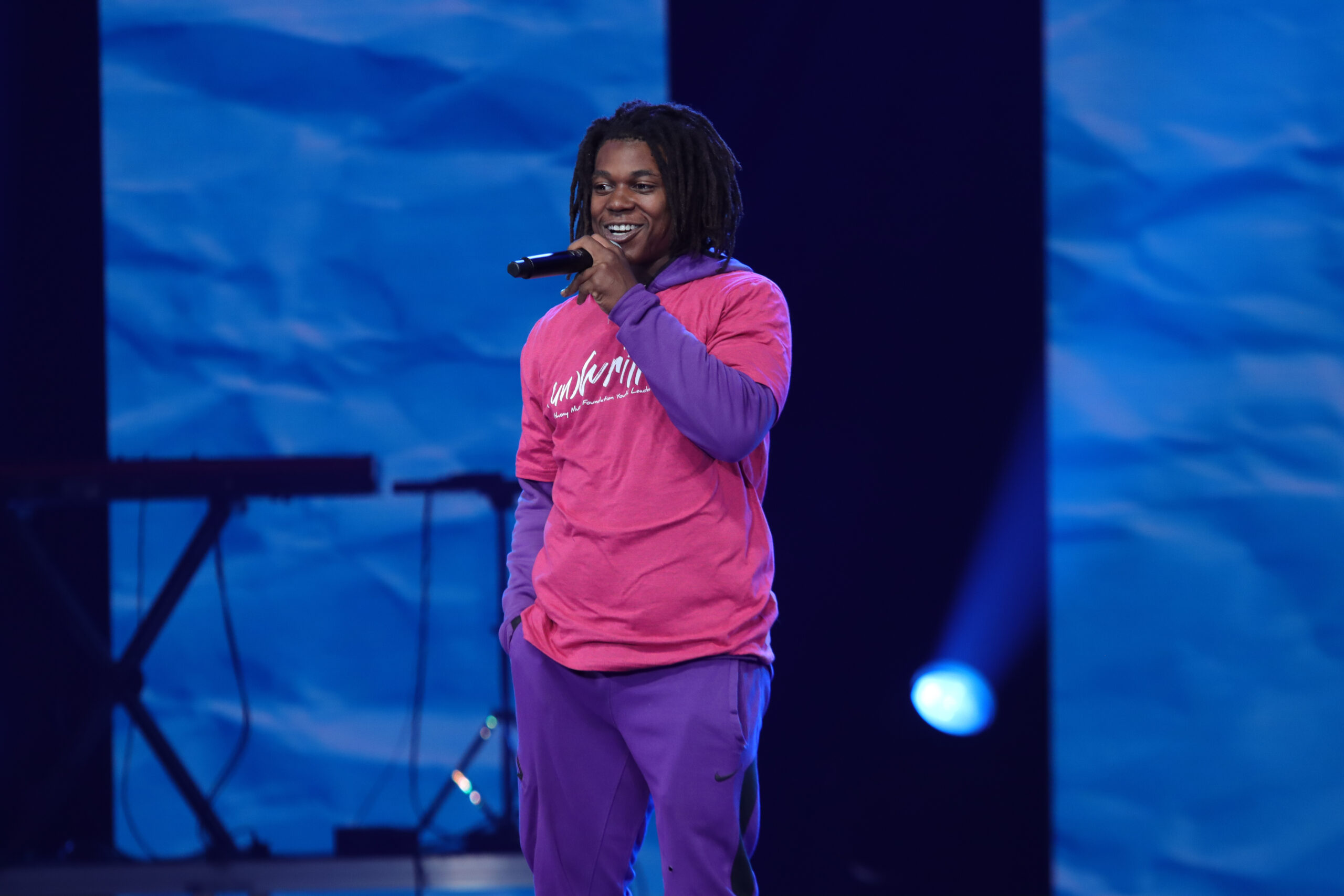 More than 1,000 students from up to 75 Tri-State schools attend our seminar for a day of leadership development. High school students hear from inspirational guest speakers and learn valuable lessons in reaching their goals and standing out as leaders. 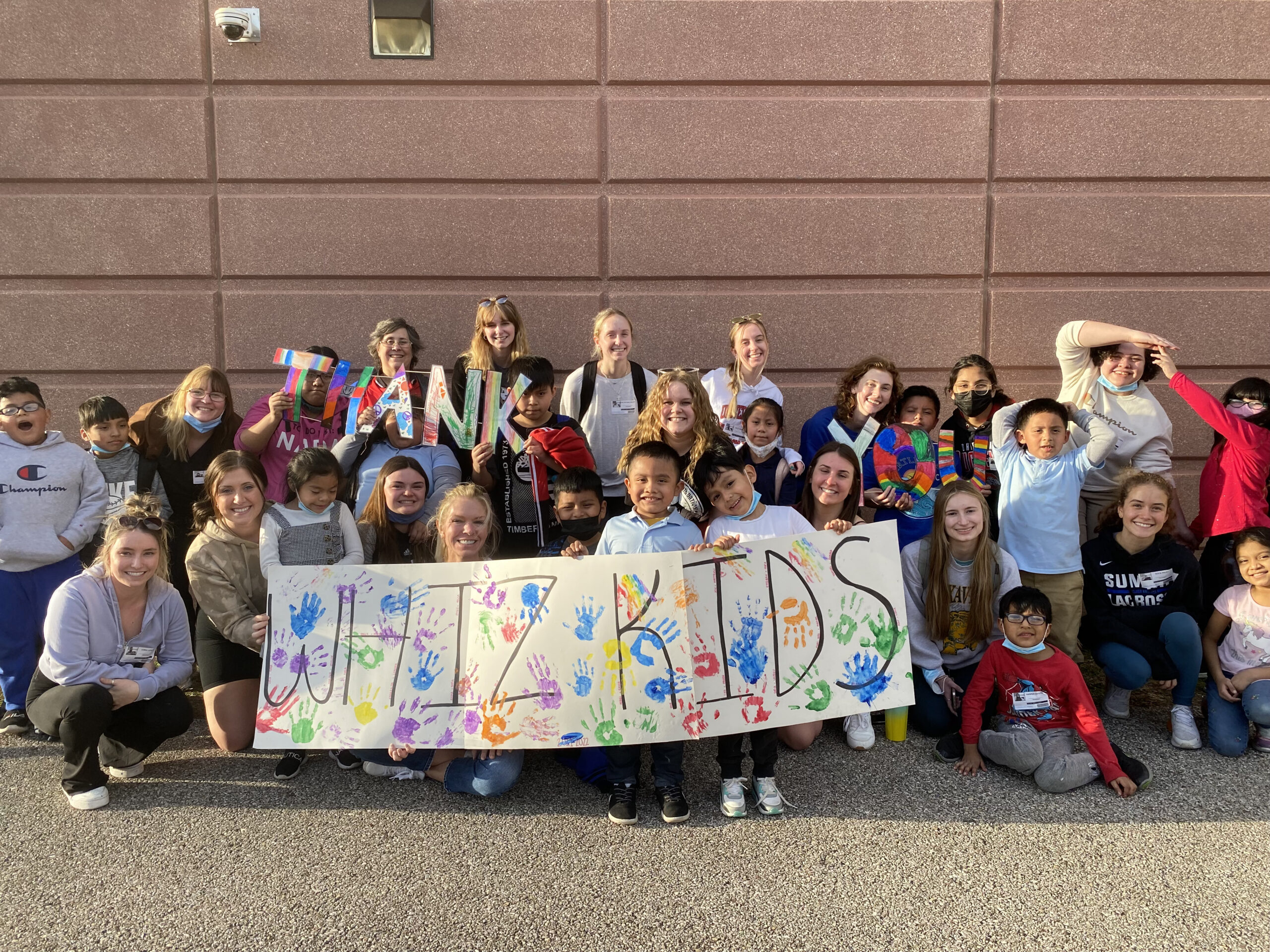 Unplugged, an extension program for students who aged out of the Whiz Kids curriculum, works with students weekly on Social and Emotional Learning competencies, high school preparation, future career exploration and service learning. 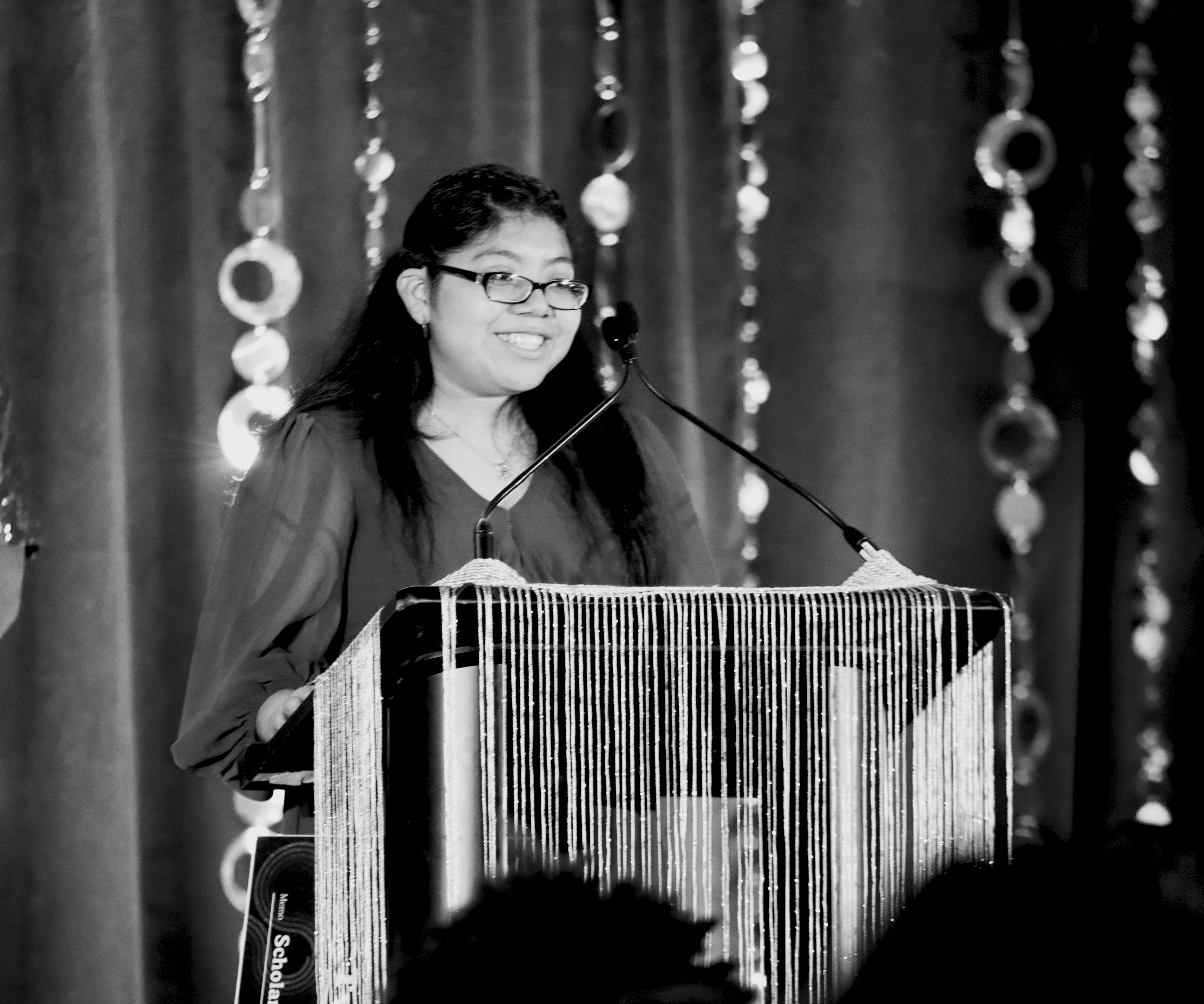 “Being Latina to me means breaking through all the barriers set aside by peaople as such. I learned to translate at various places and be a leader to people of all ages and races in different ways. Racism and not speaking English only pushed me harder to prove to a lot of people that the United States is my home as much as it is theirs and that I can do anything they can. Racism made me a person who is quiet on the outside by someone who will stick up for anything I believe is right with kindness. I also learned how to jump into situations to help anyone in need no matter what I am going through and to make it my goal to show them that I care and that they are loved.”

Since 2nd grade, Priscilla has been involved in Anthony Muñoz Foundation programming. She was one of our first Whiz Kids, Unplugged students, and now, a scholarship recipient. In 2022, Priscilla was chosen as a recipient of the Northern Kentucky University – Anthony Muñoz Foundation $20,000 Scholarship Fund. Despite the challenges she faced, Priscilla flourished. She is an example of how finding strength in your faith and leading with kindness are the tools to overcoming adversity.

Priscilla graduated from Seton High School with a 3.6 GPA and is currently attending Northern Kentucky University to study Biomedical Engineering, becoming the first person in her family to attend college. 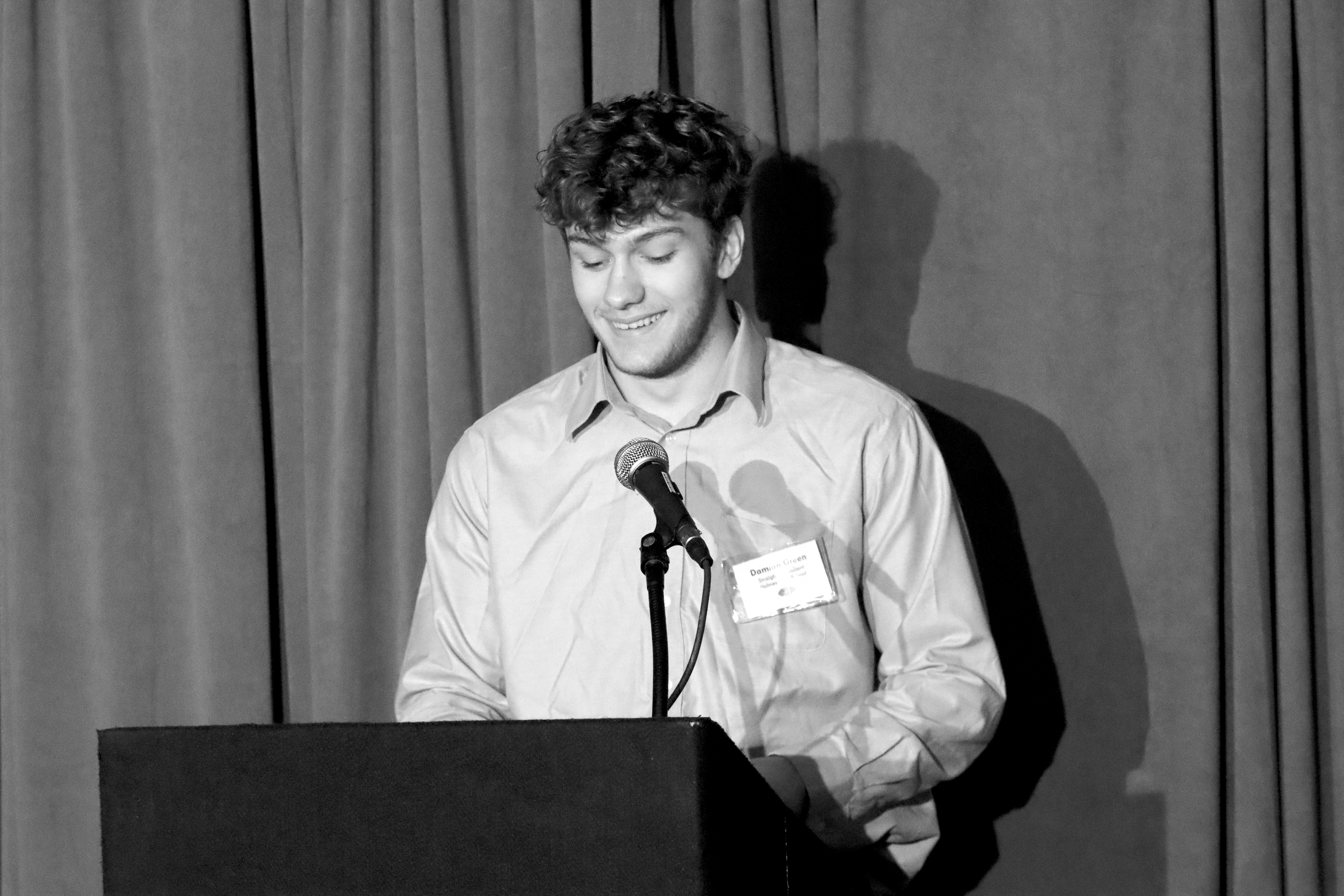 “Adversity is something we all face in life. It often comes out of nowhere and without warning. Other times it is a preset obstacle that one must find the wherewithal to even attempt to overcome it. Either way, adversity is something one must persevere through to succeed in life. Examples of adversity can be seen in most if not all lives. My life is no exception.”

Damian did not experience the comfort and stability of a typical upbringing, but he did not let that stop him from succeeding; he secured a steady job, insurance, and a stable place for his younger brother and him to live. Damian graduated from Holmes High School as an accomplished wrestler and football player with a 4.1 GPA and ranked 5th in his class. Damian’s perseverance in the face of his adversities, gratefulness to his network of support, and ambitious spirit are the reason he was chosen as our 2022 Straight ‘A’ Scholarship Male Student of the Year.

Damian currently studying Mechanical Engineering at the University of Kentucky. With his degree he hopes to utilize his passion to help the greater good by revolutionizing the transportation industry to help people and the environment. 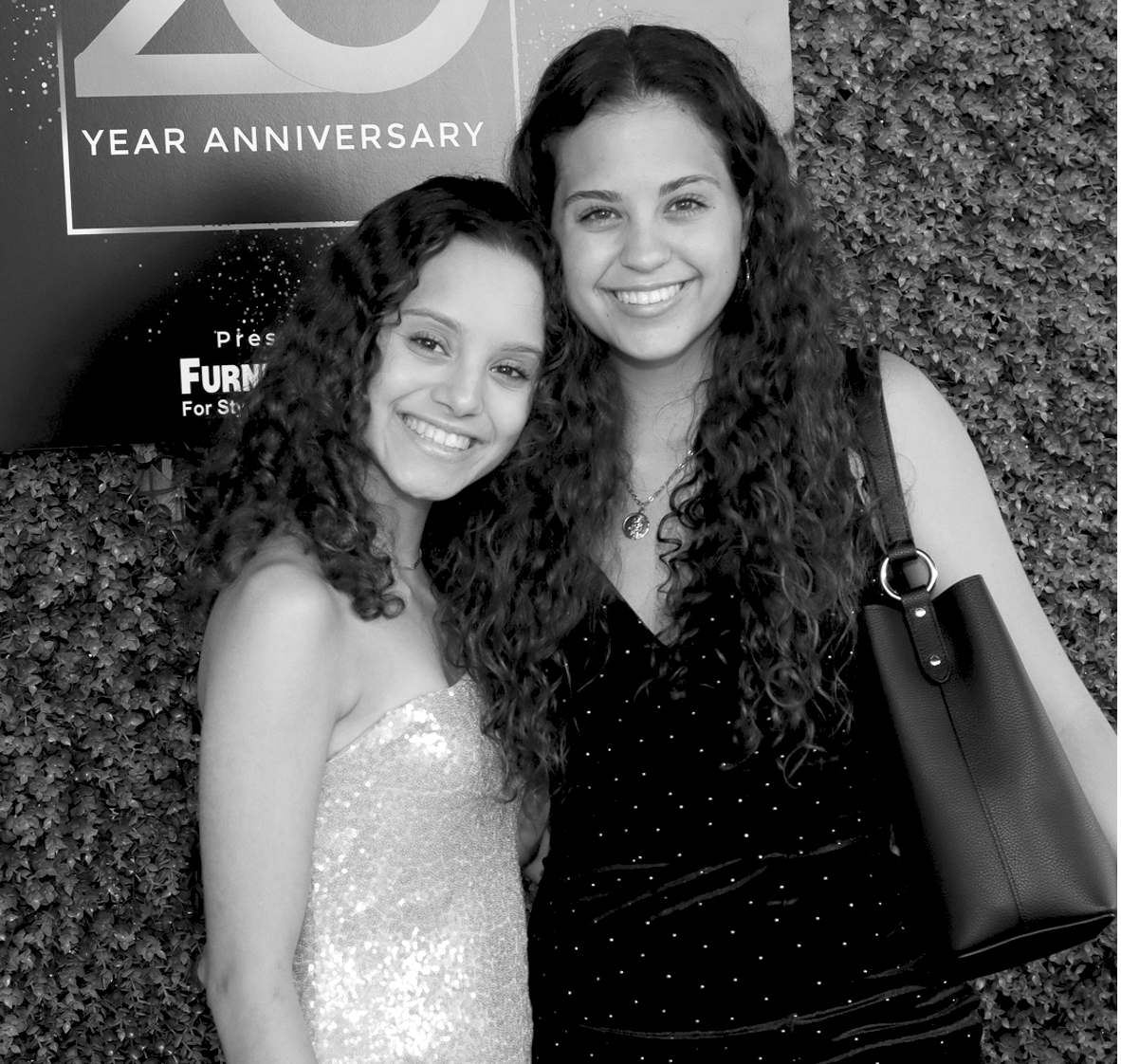 Maria and Vicky, twins from Venezuela who attended Turpin High School, each experienced hardships growing up. In 2011, the sisters immigrated to the United States with their parents for a better life and better medical care for Maria and their mother. Despite the adversities they faced, both sisters became the first in their family to attend college, in part thanks to our Straight ‘A’ Scholarship and Scholarship Fund.

“I have experienced what it’s like to learn and bloom again in a different setting while also acknowledging my background and roots.” – Maria Almeida

Maria was chosen as a 2021 Scholarship Fund recipient because of her ability to overcome obstacles while not letting her illnesses hold her back. Maria is currently enrolled at Miami University and studying Biology and Environmental Science.

“The fall lies in the experience, and flying lies in the journey of uncovering responses that’ll propel me forward.” – Vicky Almeida

Vicky was chosen as our 2021 Straight ‘A’ Female Student of the Year because of the values that led her to achieve great things during her time at Turpin High School. Vicky is currently attending Georgetown University and studying International Business with the intention to impact the lives of people on an international scale. 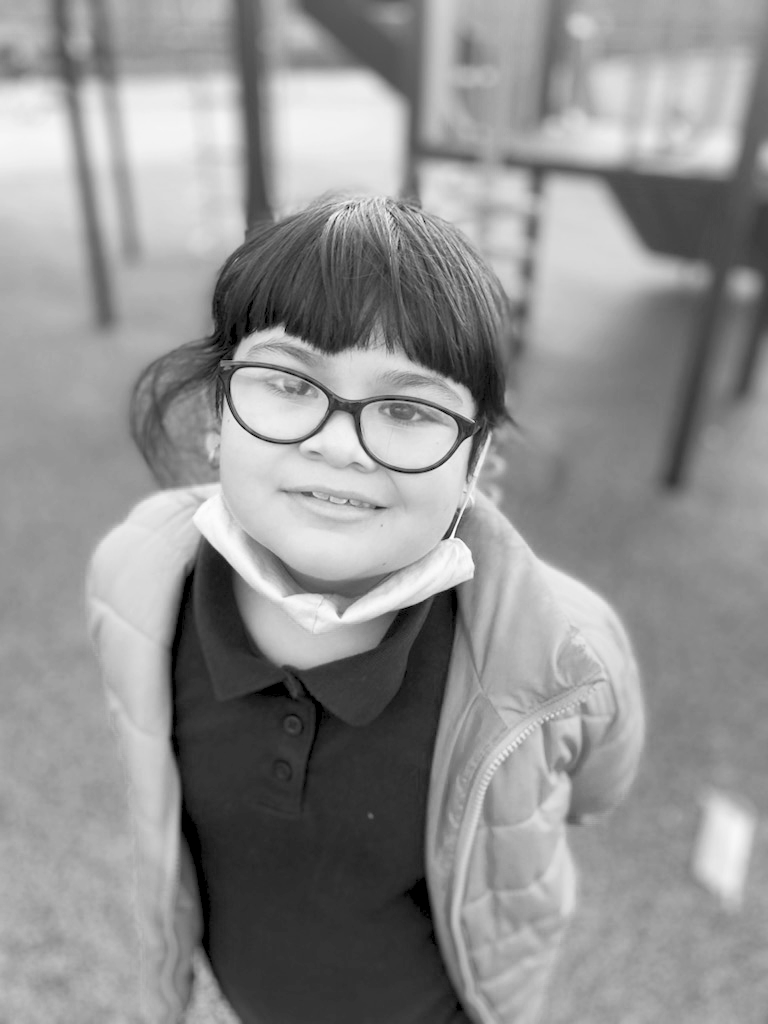 Though a year of virtual learning and constant changes proved challenging to many students, Lydia Perez, a 2nd Grader at Roberts Academy, was able to thrive. At the beginning of the 2021 school year, she was scoring 50% on her reading comprehension quizzes; by Spring she was scoring 100% on each quiz over the last few months. She had 100% attendance and has grown as a reader significantly. During her 2nd year in Whiz Kids, Lydia increased 3 reading levels with virtual tutoring every Monday. She is now reading books on her own because of the guidance she received from her tutor.

“Her reading has taken off this year. So much better, less self-doubt. Less crashing when she gets a word wrong. Full of confidence in her ability to sound out words,” said Lydia’s mother, Valerie. “Thank y’all so much for working with kids, it truly helps having someone else help with reading other than just parents. Kids take to outside help better than mom or dad.”

Lydia’s two older brothers, Christian and Zacharia have been involved in our Impact for Eternity Camp for several years. We are extremely proud of all the work Lydia has done to improve her reading comprehension skills, and excited to see her continue to grow in the future. 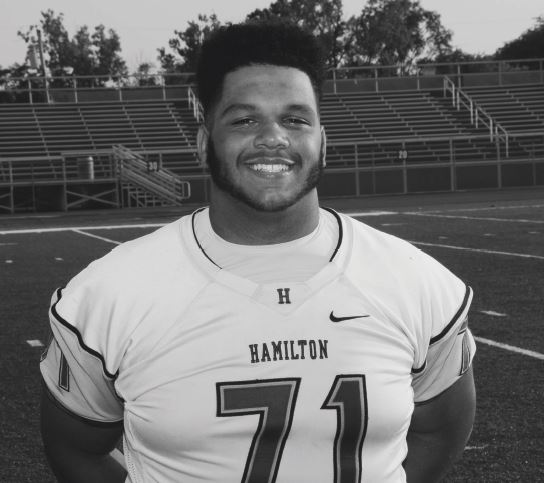 Dillon comes from a difficult home life where he never truly had a stable home as a child. He occasionally sees his mother and four siblings, but knows less about his father.

He was a linemen at Hamilton High School with a “Blind Side”-like story of how football and his adoptive family have helped let him be the man he is today. He was taken in by a friend’s family and they gave him not only a home, but support. “Since I moved in with them I’ve had people that wanted me to succeed.”

Despite everything Dillon has gone through in life, his accomplishments prove that he does not let adversity stand in his way. Due to this, he was chosen as our 2018 “In the Trenches” Leader. Dillon’s journey is continuing at Urbana University. 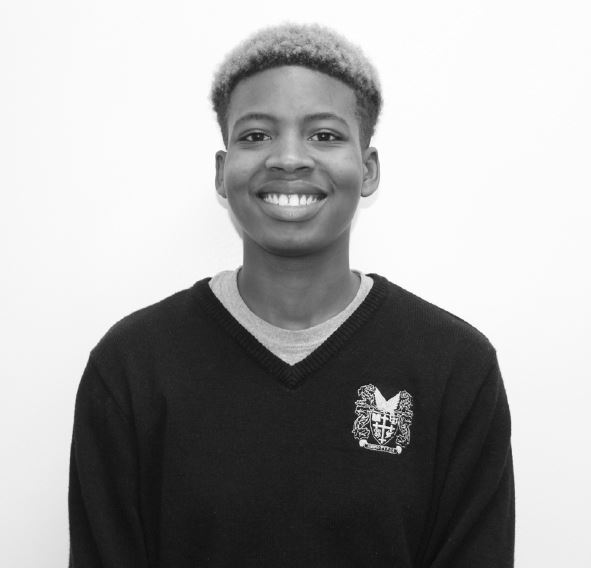 “When I was four years old, my life changed. My father was killed. My mother had to deal with her grief and the grief of her children – and I had to grow up fast. I remember specifically living in a townhouse one day and an apartment the next. Until I entered the 5th grade, we bounced around schools and I never knew if there would be food on the table or clean clothes.”

In 2017, Azaria was also chosen as a Straight “A” Scholarship Finalist. Through adversity, Azaria still achieved in the classroom and motivated others to help serve our community. Her infectious encouragement and selflessness is something that truly makes Azaria remarkable.

Azaria currently attends the University of Cincinnati and is continuing to have an impact with the Foundation and her community. 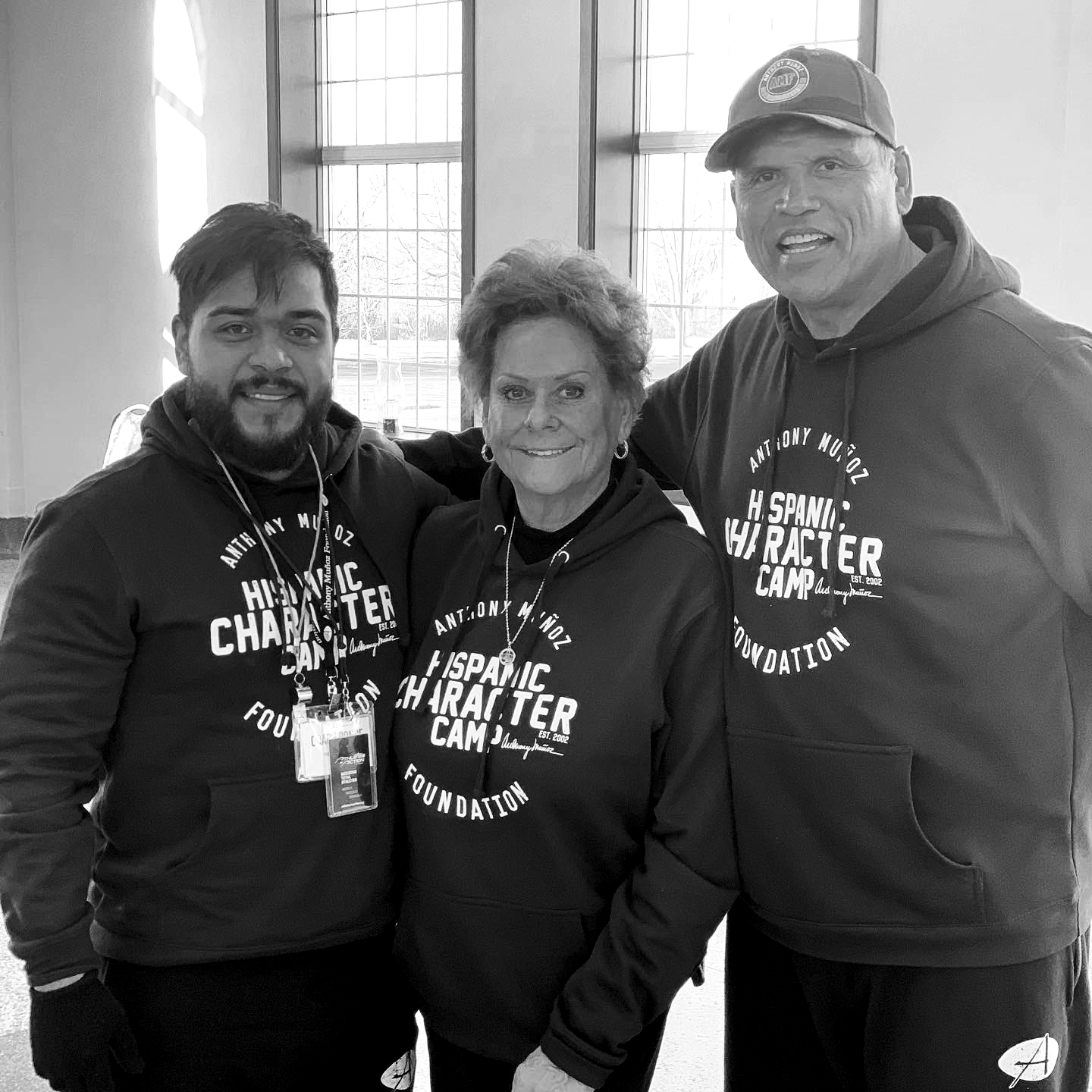 “I was born in Mexico City, Mexico and at the age of four, my mom, Rosalia, made the decision to move out of the country that she had grown up in, and the country that I had begun my life in, in order to move to a much better place: the United States. Victor found struggles in acclimating to the English language and fell victim to racism. There were times when I would come home crying because of the type of comments made towards me. Overtime, these comments really got the best of me, my confidence was at an all-time low, especially in 7th grade. Luckily that very same year I was offered an opportunity to go to a Hispanic Character Camp with Anthony Muñoz and it gave me the confidence boost I needed.”

In 2011, Victor was offered the opportunity to attend the Foundation’s annual Hispanic Character Camp. Five years later, in 2016, Victor was chosen as one of the Scholarship Fund recipients and went on to study at Northern Kentucky University. His courage, perseverance and determination amidst all that sought to put him down, truly inspires us.

Since graduating, Victor has come back to Hispanic Character Camp as a coach, enstilling the same care and confidence in young campers that he experienced over a decade ago.